Have you ever lectured your friends to try Linux only to find them completely ignoring you?

Do you swear at Linux at one moment and shout aloud that you are in love with it the other?

Do you take a sadistic pleasure in exploiting the loops and vulnerabilities in a software?

Are you of the opinion that FOSS is not merely a concept but a way of life?

Beckoning all self-proclaimed geeks (both wannabe and established) with even a passing interest in FOSS. We present to you Pengufest. Pengufest as its name suggests celebrates the Penguin and what it all stands for.

Late night hackathons to satiate the night owls ; unconferences, talks, demos and interactions with experts to ease the transition of the uninitiated. All related to FOSS.

An opportunity to kick start the journey of novices, streamline the path for the established and a chance to divulge the knowledge for the experts. Like all things open source, it is community driven. Here, you are a part of the community.

Boasting of talks on “Introduction and hacking into Libre Office”, “Contribution to GNOME - Getting Started” that were very well received in the 2011 edition, we are every bit determined to emulate if not overcome the success in this edition. To do that, we need you. Help us reach a crescendo. And enjoy yourself while doing it. Celebrate FOSS.

Since the event emphasises more on learning, certificates will not be given. 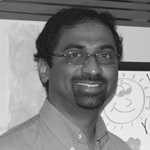 Dr. Viswanath Poosala (Vishy) is the Head of Bell Labs India, Alcatel-Lucent. He leads a world-class R&D team in delivering research breakthroughs and internal ventures, for emerging markets and beyond. Vishy was the Founder and CTO of Geopepper, an Alcatel-Lucent venture delivering novel location-based services. He is also a mentor partner on Headstart Ventures, an angel investor firm. He has published over 30 patents and 20 research papers. Vishy received his B.Tech from IIT Madras and Ph.D from the University of Wisconsin-Madison. He was an Adjunct Professor at New York University. 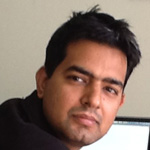 Vivek is a hard-core hacker, if there was one. He always thinks programs, and holds a piece of code in his head all the time. His favorite past time is to stop random strangers on the street and start talking about the benefits of open source over proprietary software, till they agree to switch sides, or threaten to jump off the nearest building. Every now and then, he manages to talk a bunch of unsuspecting potential programmers into letting him train them in Lisp. It's not rare to find people stumble out after the training session ‘zombified’, or with tears running down their faces. "Those are tears of joy!" he will patiently explain. 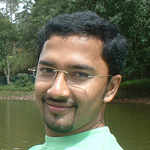 Suraj has worked at Yahoo!, Amazon.com in the position of Infrastructure Operations since 2003. He also has built, from ground up since 2009, the infrastructure of InMobi, today one of the world's largest global mobile ad networks. He is currently an entrepreneur set out to solve two diversely different problem domains, viz., Talent development and Eco-restoration. In his erstwhile days, he spear headed the "Demo@Schools" project through which 3 local schools benefited free programming (python) classes. He also web mastered the ILUG-Chennai website, lead the way with Demo Days and generally spread his infectious enthusiasm for Free Software at various colleges and schools in Chennai 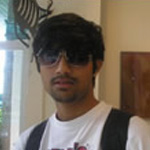 Better known by his handle myprasanna, Prasanna Sankaranarayanan is what every computer science student at college dreams or has ever dreamt of being. An alumnus of NIT Trichy who was ranked #1 in TopCoder while he was at college, he wrote a patch to make to the Bing crawler work 3x times faster when working at Microsoft. Now, he is based in Silicon Valley and is the co-founder of a startup called LikeALittle(www.lal.com) that enables students in colleges across to US to chat with each other anon, basically a flirting-facilitator platform ;)

The schedule has not yet been finalized, but the topics on which the dignitaries will be delivering talks are :

Engineering Innovation – A recipe for coming up with disruptive ideas

A lot of goodies await all participants.

NIT-T's alumnus and founder of LAL.com ( like a little).. Prasanna sharing his experience back in college and also the way he became an entrepreneur... Pragyan'12 proudly presents you myprasanna !!

We'd like to hear from you
Accommodation
Schedule V12.26 Pdf Xls
News
ByteCode
An algorithm intensive Online Programming Contest
Dalal Street
A virtual stock market trading game
Jagriti
A rostrum for young minds to whizz away and come up with avant-garde solutions for the problems around us...
Robovigyan
With brand new mind-numbing electronic challenges to conquer, Robovigyan introduces some hip new stuff.
Infotainment
An elegant brew of information dressed with excitement and entertainment.
Codename 47
Codename 47 brings a mysterious and cunning environment to the robotic world.
Exhibitions
The eye candy of Pragyan. Visionary and magical, exhibitions offer a sneak peak at the future.
Lanka Reloaded
build the bridge that rescues Sita, bot-style!...
Workshops
Work up the ol'grey cells and indulge in the magic of making. Satiate the thirst to learn, explore and innovate.
Dinner Dash
Something comical in Robotics. Build a bot that serves customers dinner!
Guest Lectures
History has proved time and again that genius inspires genius. Come see those who dared to explore the beyond.
Anveshanam
Showcase your talent and enlighten the world with what you are aware of by presenting a paper... Deadline: 23rd January!
Pragyan Social Responsibility
Aiming to be servants; PSR, is our own initiative for social reform and enrichment.
Topographya
A fun filled treasure hunt event based on the use of surveying instruments.
Beer Factory
a role-playing simulation of the beer manufacturing industry.
BGreen
An event to design a green building that is energy efficient and self-sufficient.
Videos
Pragyan 2012 Teaser
Pragyan 2012 What's New
Making of the Pragyan Wheel
Downloads
Infotainment Brochure
Guest Lecture Brochure
Archives
Pragyan 11
Pragyan 10
Pragyan 09
Pragyan 08