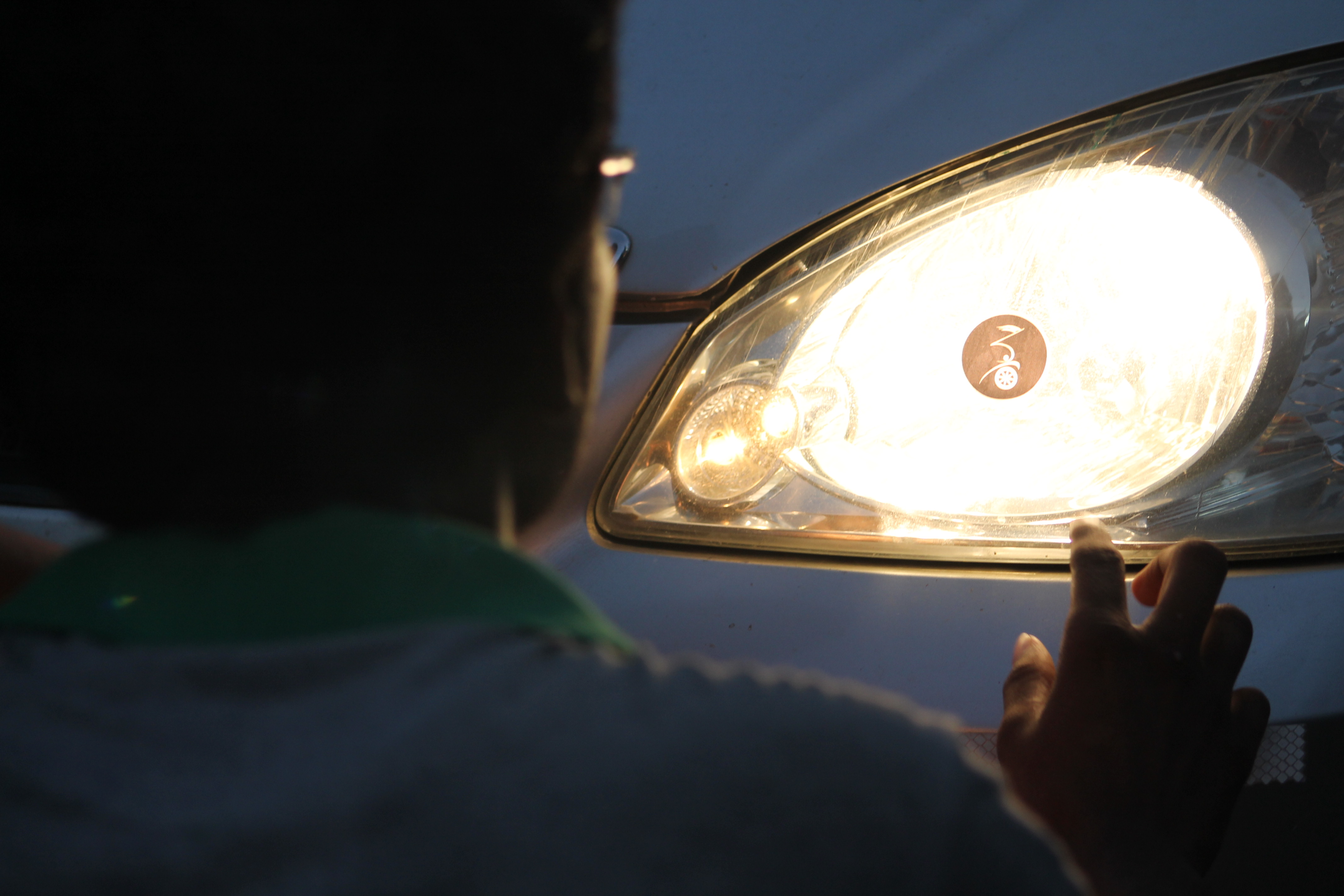 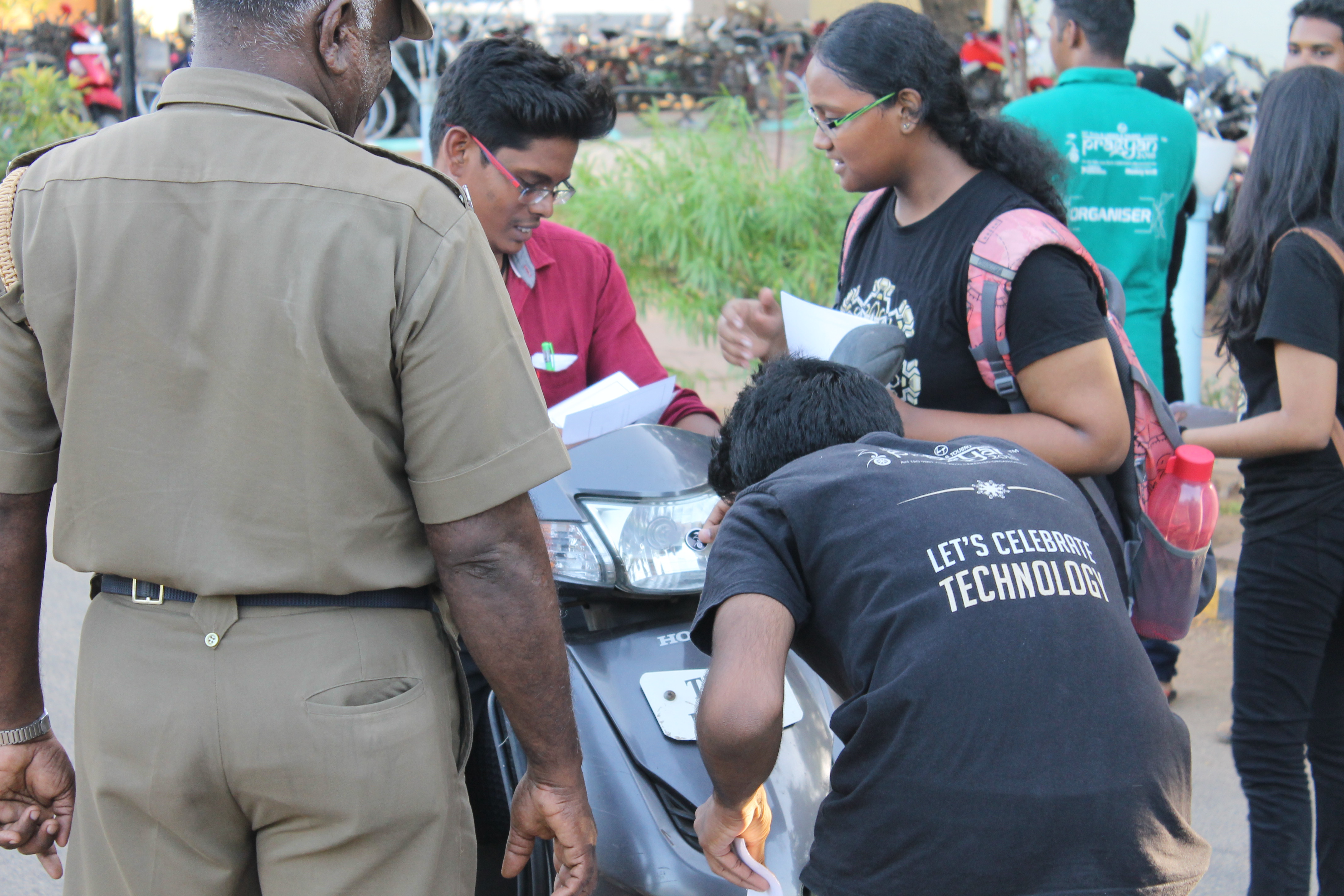 Too much of anything is bad. This is true even in the case of light and especially in the case of high-beam headlights. The use of high-beam headlights is a nuisance as these cause severe headache and momentary blinding which can prove fatal. On Friday, the 19th of August, 2016, volunteers of Pragyan Social Responsibility team joined hands to conduct a traffic safety awareness event. The event was aimed at spreading awareness about the dangers of using high-beam headlights. Volunteers posted at various locations within the campus spoke to vehicle users giving guidelines and distributed high-beam filter stickers. Pamphlets throwing light on the issue were also distributed. The event progressed for around three hours, wherein high-beam filter stickers were distributed to almost six hundred vehicles in the campus, which comprised both two-wheelers and four-wheelers. The event garnered massive support from the residents of the campus, and was a huge success. 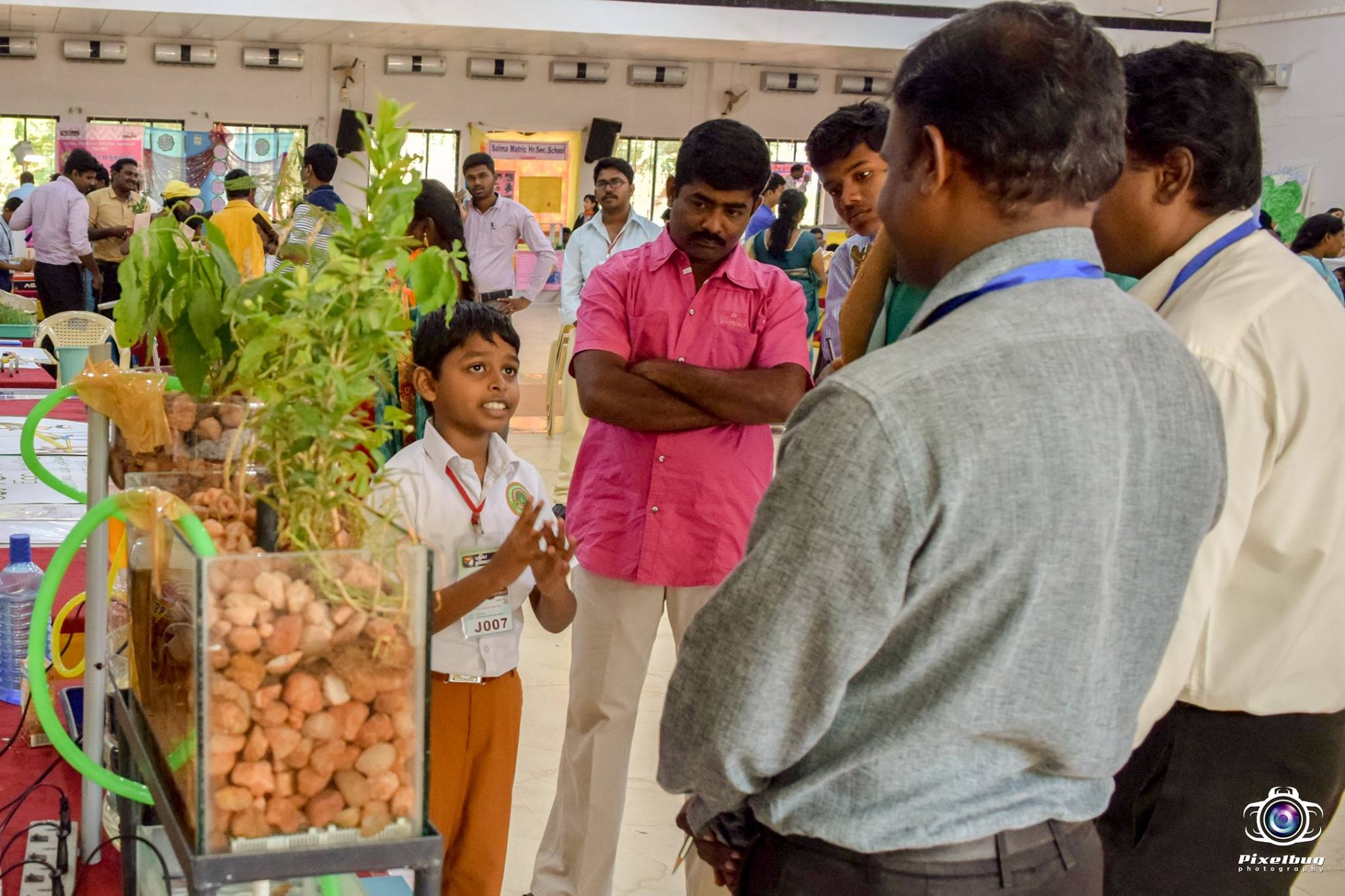 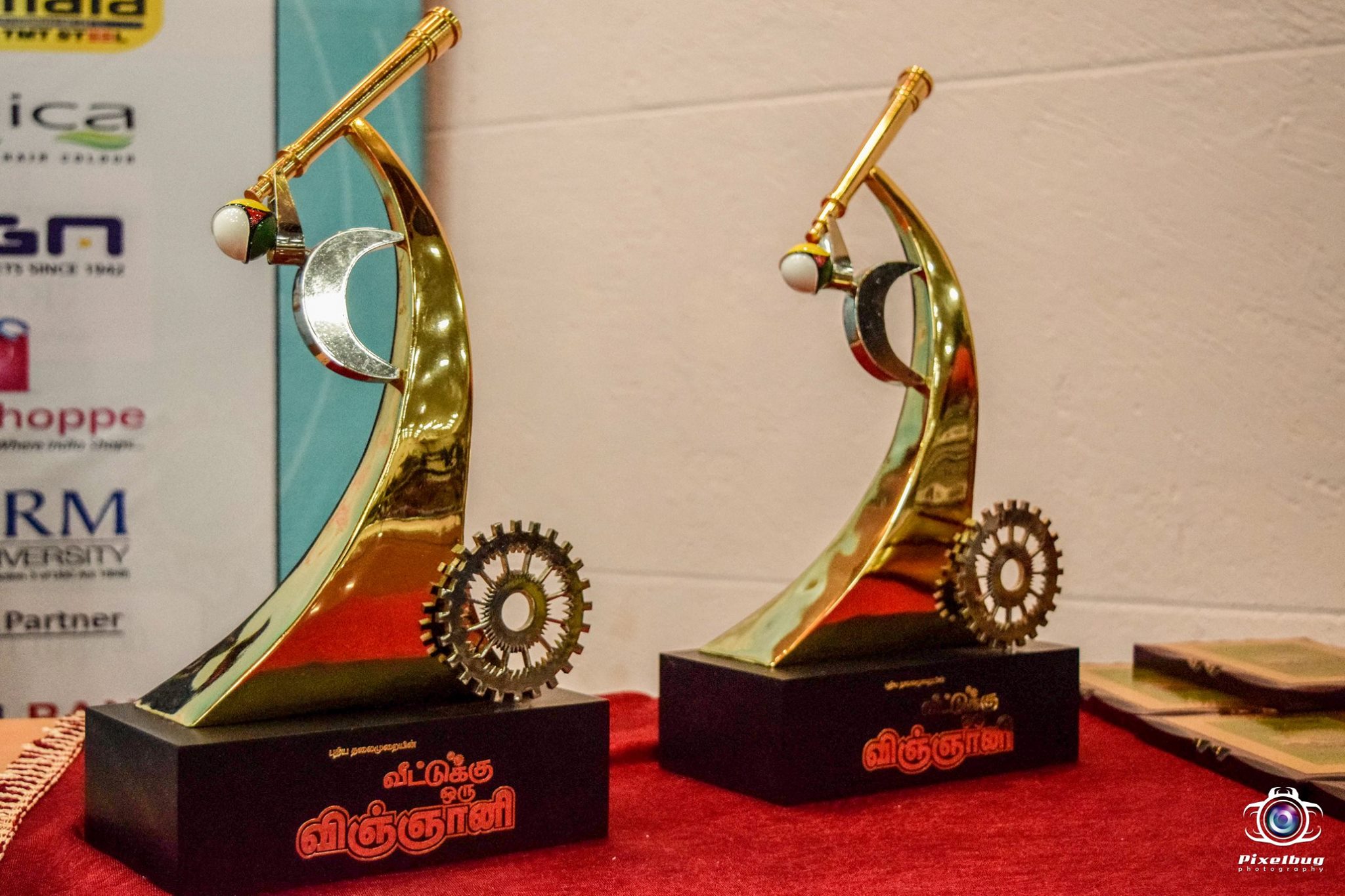 Curiosity is the mother of all inventions. Childhood is the best stage that lets one explore one’s own hidden curiosity. Veetukku Oru Vignaani is an annual science exhibition contest conducted by Puthiya Thalaimurai television network in association with Pragyan. This event is aimed at harnessing the curiosity of school students in the form of useful scientific applications. The participants who qualified from each district were invited to take part in the state-level final round which was held on 9th September, 2016 in National Institute of Technology, Tiruchirappalli. Seventy-five teams from across Tamil Nadu and Puducherry fought it out to prove their scientific mettle. After intense rounds of judgement, six teams emerged as winners and won a sponsored trip to the Defense Research and Development Laboratory (DRDL) facility in Hyderabad. In addition, awareness booklets regarding Joint Entrance Examination (JEE) and Centrally Funded Technical Institutions (CFTIs) prepared by Pragyan were released and distributed to the participants. With initiatives like these, the Pragyan Social Responsibility team strives to develop in students a passion for science and innovation. 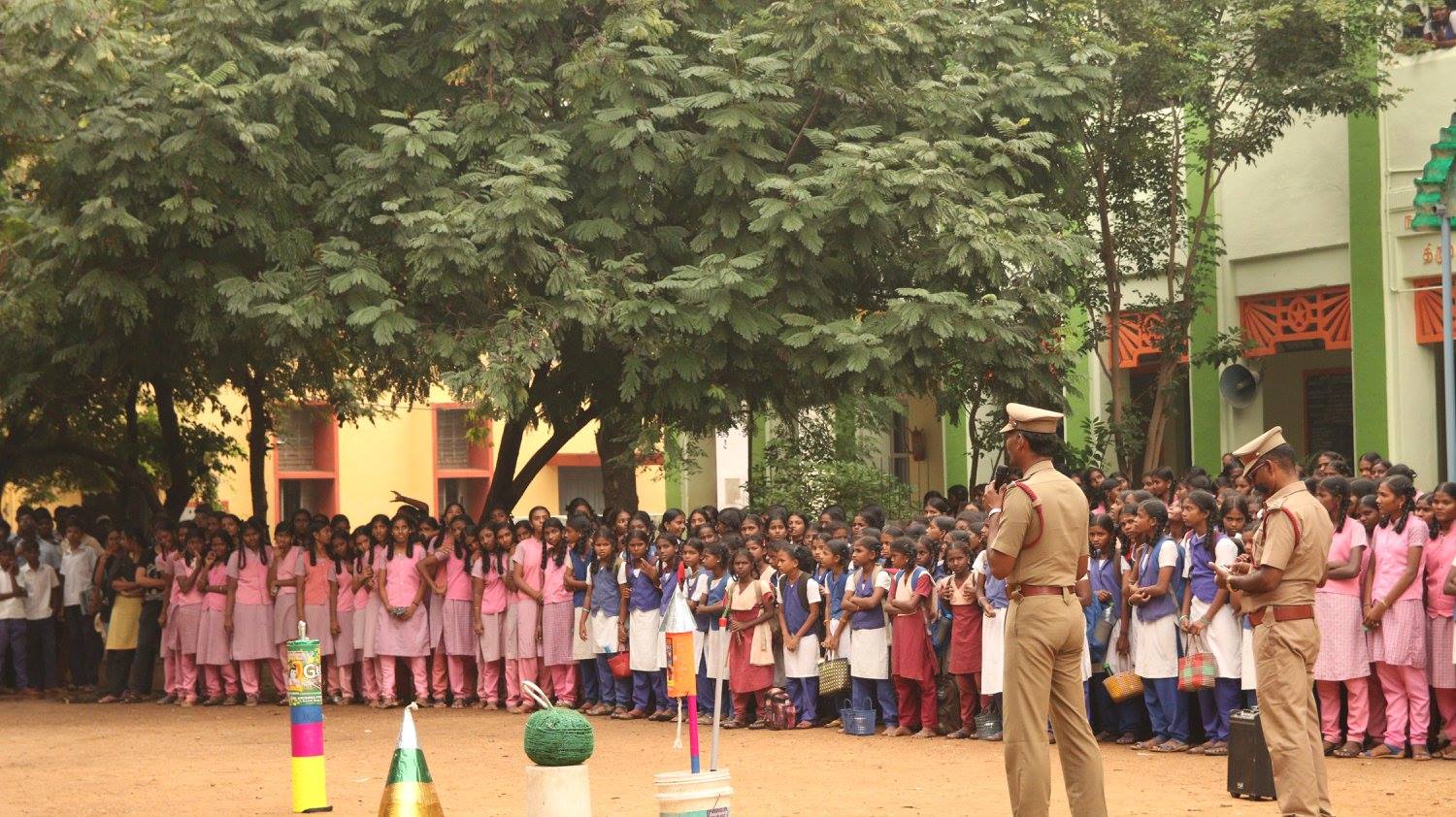 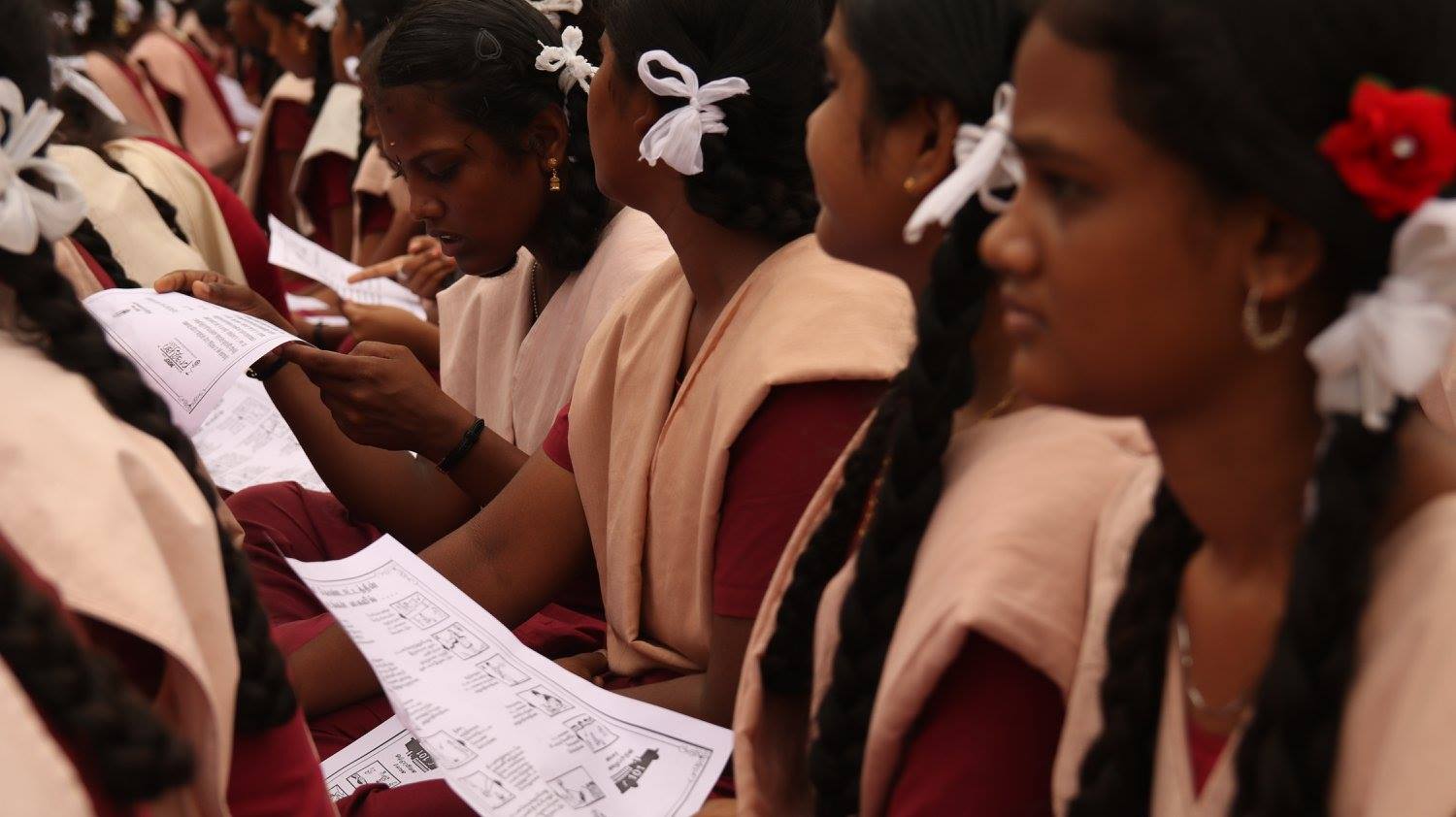 A fire safety awareness campaign was conducted in two government schools - Kattur Girls High School, and Mukkulathore Higher Secondary School - on Friday, 21st October, 2016. The event was organized in association with Tamil Nadu Fire and Rescue Services by Pragyan. The event was aimed at spreading awareness about fire safety ahead of Diwali celebrations. The event was presided over by Mr. A. Thanapal, Head Inspector from the Tamil Nadu Fire and Rescue Services. His explanations about how fire, a gift in other times, can cause massive destruction if left uncontrolled were infused with anecdotes to reach the children better. He conveyed that most fire accidents take place due to lack of awareness of the risks involved. He urged the students to view each accident as not just a personal loss to the people involved, but as a loss for the whole community and the nation.  Pamphlets containing information about important phone numbers, fire safety measures and first-aid for burns were also distributed. 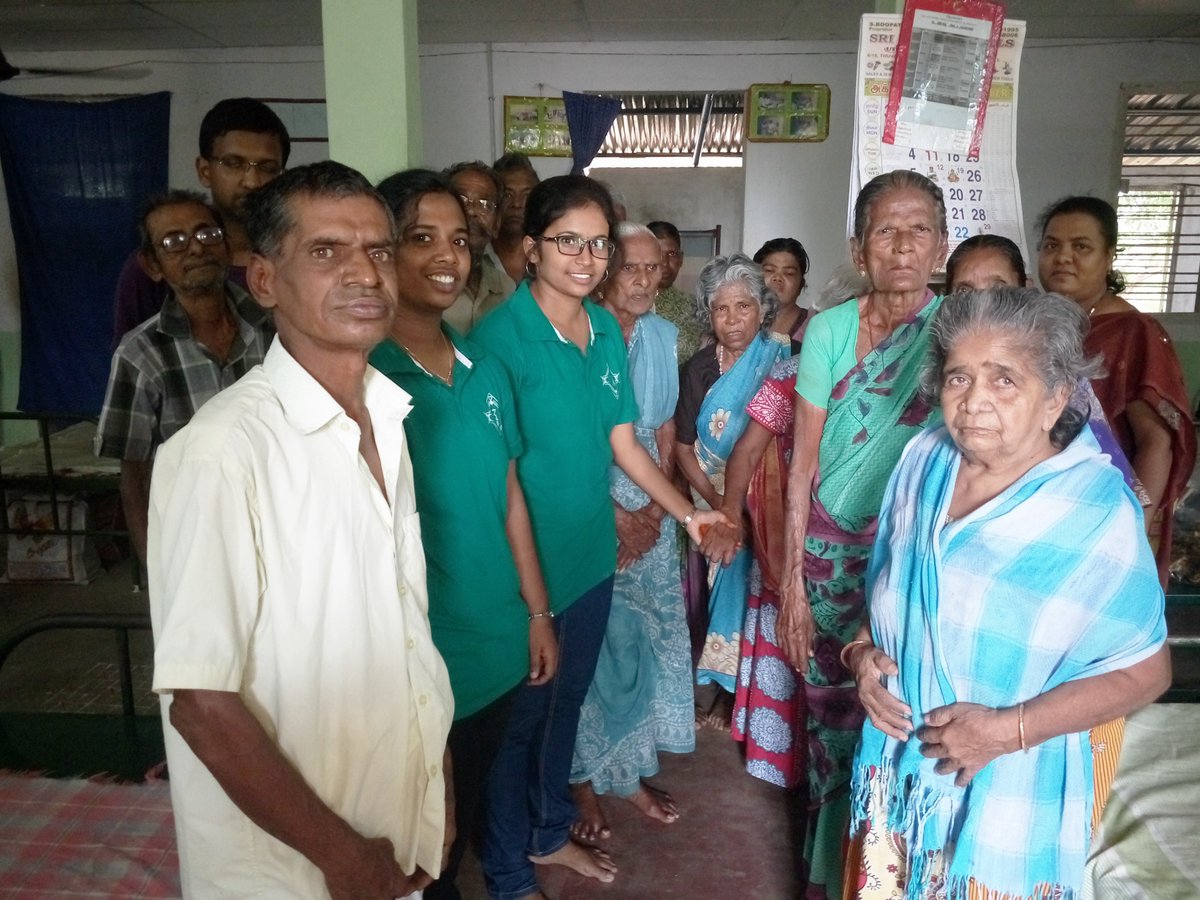 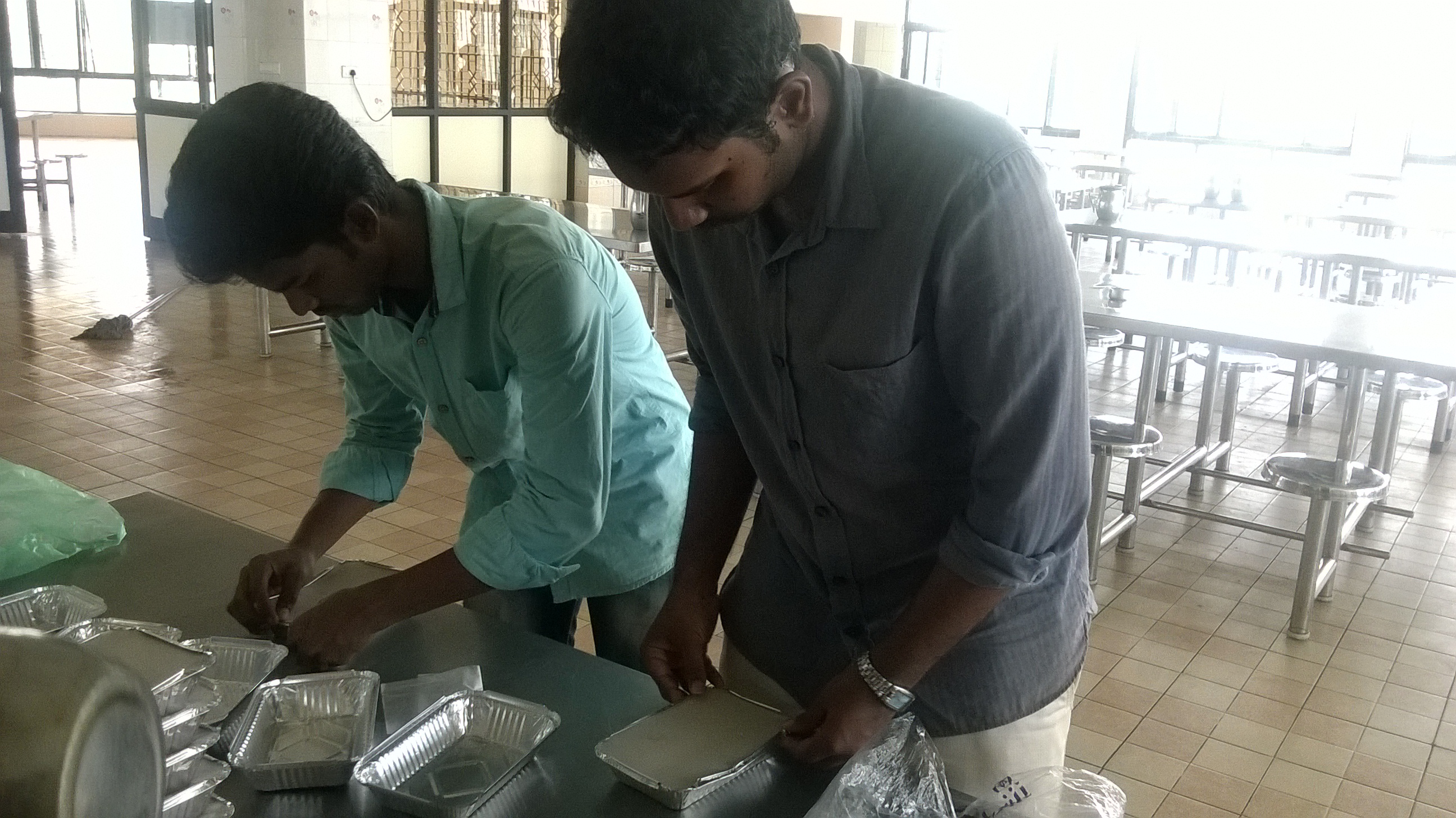 An active world requires active citizens, fueled by nutritious food. In view of this, United Nations urged countries to celebrate October 16 each year as "World Food Day" across the globe. World Food Day is celebrated in honour of the date of founding of the Food and Agriculture Organisation (FAO) of the United Nations. This initiative aims to throw light on the millions of people still lacking access to proper food and nutrition. Inspired by the efforts of the United Nations, the social responsibility wing of Pragyan decided to create a “Zero Hunger Hour” in the neighborhood. The excess food in the messes in campus was collected and distributed to the inmates of Anbagam (an orphanage in Thirunedungalam), and TREWDS (an old age home in Thuvakudi). With one small initiative, we aim to spark a change in society; we aim to catalyse a reaction that will result in a world of zero hunger.

One of Pragyan’s core values has been to increase awareness about Centrally Funded Technical Institutions (CFTIs) like Indian Institutes of Technology (IITs) and National Institutes of Technology (NITs) among students in Tamil Nadu. Dhisai is Pragyan’s flagship event in this direction and is aimed at educating the students of schools in all districts of Tamil Nadu about the JEE and the importance of admission into premier institutes like IITs and NITs. Having been conducted in collaboration with the Department of Education, Tamil Nadu, over 8000 schools were benefited by the awareness campaign. On 27th December 2016, the official booklet containing details regarding the admission process was launched in the presence of District Educational Officer, Trichy and Assistant Chief Educational Officer, Trichy at Govt. Syed Murtuya Higher Secondary School, Trichy. The booklets were later circulated to various schools by the Department of Education, Tamil Nadu.

An informative science education session was conducted by volunteers from Pragyan at St. Joseph’s school, Ayyampatti on 13th January 2017. This event comes under the initiative Catalyst, aimed at kindling the curiosity and drawing the attention of school students towards science and technology. To give the students of class 8, 9 and 10 a fresh perspective to learning science, a series of ten experiments were performed and the principles behind them were taught. This way the students were familiarized with the real life applications of theoretical concepts ranging from Newton’s laws of motion, light, gravity, thermodynamics to gas laws. The event was attended by nearly 250 students and enjoyed massive appreciation by students and teachers alike.

Pragyan joined hands with Dominos for this pet project. The event was held on 2nd February in two outlets of Dominos in Trichy city. For every pizza bought, customers have gifted a sapling, to remind them of their responsibility to the environment. Nearly 300 saplings were distributed as part of the event. The distribution of saplings, each of which also carried a tag with an eco-inspiring slogan, was much appreciated by customers.

A week long program conducted by volunteers of Pragyan was conducted between 6th to 10th February. The events which covered issues like food and water wastage to better parking were conducted keeping in mind a single aim- enhancing life in campus sustainably.

As part of our ongoing initiatives to increase awareness about Centrally Funded Technical Institutions (CFTIs) among students in Tamil Nadu, Pragyan is planning to conduct a mock JEE exam in association with IITBUDS. The exam is planned to be held on 19th February 2017 in six centres across the state - Chennai, Trichy, Madurai, Neyveli, Puducherry, Karaikudi. Apart from giving aspiring students a feel of the real exam, this will also enable them to see where they stand in the state.